Let’s hear it for Jacques Ellul. Take it away Jacques…

Men now live in conditions that are less than human. Consider the concentration of our great cities, the slums, the lack of space, of air, of time, the gloomy streets and the sallow lights that confuse night and day. Think of our dehumanized factories, our unsatisfied senses, our working women, our estrangement from nature. Life in such an environment has no meaning. Consider our public transportation, in which man is less important than a parcel. Yet we call this progress…and the noise, that monster boring into us at every hour of the night without respite.

…for historical man, until a comparatively late date, work was a punishment, not a virtue. It was better not to consume than to have to work hard; the rule was to work only as much as absolutely necessary in order to survive. Man worked as little as possible and was content with restricted consumption of goods. 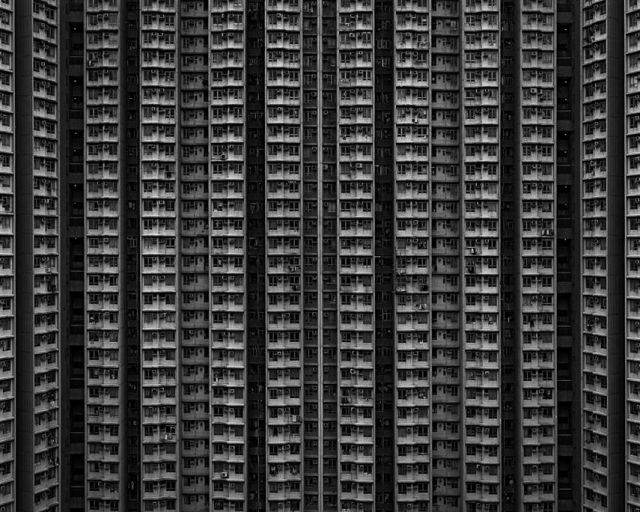 The time given to technology was short, compared with the leisure time devoted to sleep, conversation, games, or, best of all, to meditation. As a consequence, technical activities had little place in these societies. Technology functioned only at certain precise and well-defined times. This was the case in all societies before our own. Technology was not part of man’s occupation nor a subject of preoccupation.

In our day, we are unable to envisage comfort except as part of the technical order of things. Comfort for us means bathrooms, easy chairs, foam rubber mattresses, air conditioning, washing machines, and so forth. For us, comfort is closely associated with material life; it manifests itself in the perfection of personal goods and machines. The men of the Middle Ages also were concerned with comfort, but for them comfort had an entirely different form and content. It represented a feeling of moral and aesthetic order. Space was a primary element in comfort. Man sought open spaces, large rooms, the possibility of moving about, of seeing beyond his nose, of not constantly colliding with other people. These preoccupations are altogether foreign to us.

Technology is of necessity, and as compensation, our universal language. It is the fruit of specialization. But this very specialization prevents mutual understanding. Everyone today has his own professional jargon, modes of thought, and peculiar perception of the world. There was a time when the distortion of oversimplification was the butt of jokes and a subject for vaudeville. Today the sharp knife of specialization has passed like a razor into the living flesh. It has cut the umbilical cord which linked men with each other and with nature. The man of today is no longer able to understand his neighbour because his profession is his whole life, and the technical specialization of this life has forced him to live in a closed universe. He no longer understands the vocabulary of others. Nor does he comprehend the underlying motivations of others.

Man was made to do his daily work with his muscles; but we see him now, like a fly on paper, seated for eight hours, motionless at his desk. Fifteen minutes of exercise cannot make up for eight hours of absence. The human being was made to breathe the good air of nature, but what he breathes is an obscure compound of acids and coal tars. He was created for a living environment, but he dwells in a lunar world of stone, cement, asphalt, glass, cast iron, and steel. The trees wilt and blanch among sterile and blind stone facades. Only rats and men remain to populate a dead world. Man was created to have room to move about in, to gaze into far distances, to live in rooms which, even when they were tiny, opened out on fields. See him now, enclosed by the rules and architectural necessities imposed by over-population in a twelve-by-twelve closet opening out on an anonymous world of city streets.

The machine tends not only to create a new human environment, but also to modify man’s very essence. He must adapt himself, as though the world were new, to a universe for which he was not created. He was made to go 6 kilometers an hour, and he goes a thousand. He was made to eat when he was hungry and to sleep when he was sleepy; instead he obeys a clock. He was made to have contact with living things, and he lives in a world of cement. He was created with a certain essential unity, and he is fragmented by all the forces of the modern world.

…no longer are there any lonely mountains and deserted seacoasts. Solitude is no longer possible; space is at such a premium that men jostle one another everywhere. Quite apart from the solitude of relaxation, we no longer have even the normal solitude which implies sufficient space to live other than as if in a prison cell or at a factory workbench. Living and working traditionally meant open space, a no man’s land separating a man from his fellows. But there is no longer any possibility of that.

Man has always known wide horizons. Even the city dweller had direct contact with limitless plains, mountains and seas. Beyond the enclosing walls of the medieval city, was open country. At most the citizen had to walk five hundred yards to reach the city walls, where space, fair and free, suddenly extended before him. Today man knows only bounded horizons and reduced dimensions. The space not only of his movements but of his gaze is shrinking.

In our cities there is no more day or night or heat or cold. But there is crowding, enslavement to press and television, total absence of purpose. All men are constrained by means external to them to ends equally external. The further the technical mechanism develops…the more we are subjected to artificial technical necessities.

That man until recently got along well enough without measuring time precisely is something we never even think about. What means there were in the past for measuring time belonged to the rich and until the fourteenth century, exerted no influence on real time or on life. The time man guided himself by corresponded to nature’s time. It became abstract when it was divided into hours, minutes and seconds. Today the human being is dissociated from the essence of life; instead of living time, he is split up and parceled out by it.

This entry was posted in Hong Kong. Bookmark the permalink.